Different Strains Of Weed: Indica vs Sativa vs Hybrid

Well, when it comes down to it, every single strain of marijuana is going to fall into one of three categories. There are two main types, which are Indica and Sativa, as well as hybrid mixtures between the two. Between these three categories, you will find hundreds of varying weed strains in each.

Let’s talk about the difference between Indica, Sativa, and hybrid strains, in terms of their growth, appearance, and effects on the human body when smoked, vaped, or eaten.

Strains Of Weed – Indica vs Sativa vs Hybrid

Ok, so now let’s talk about these different strains of weed, where they come from, the difference between the plants and their growth, and what their effects on the human body are. The words Indica and Sativa were both introduced in the 18th century to describe the two main types of cannabis strains. These are cannabis Indica and cannabis Sativa.

The term cannabis Indica was coined by Jean-Baptiste Lamarck, and this was originally used to describe marijuana mostly found in India which is high in psychoactive properties, where it was grown and harvested mainly for fiber, seeds, and the production of hashish (more here on the difference between hash and weed).

The term cannabis Sativa was coined by Carl Linneaus and was originally used to describe marijuana plants grown in Europe and Western Asia, where it was harvested mainly for fiber and seeds, but also for its various properties.

Since the 18th century, there have been many newly discovered and genetically modified strains of marijuana, with hybrid strains, which are crosses between Sativa and Indica, not being created until many years later.

Effects On The Body

Something which is important to note when it comes to the differences between Sativa, Indica, and hybrid weed strains is that they have varying effects on the human body. In other words, these three main types of weed effect you in different ways when smoked, vaporized, or eaten.

Cannabis Indica is mainly a night time weed and is best smoked or eaten when you have taken care of all of your responsibilities for the day. Indica strains are known for the following effects on the human body:

On the other hand, cannabis Sativa is usually more of an energizing type of marijuana which most would consider best for daytime use. The effects of cannabis Sativa on the human body include the following:

Keep in mind that hybrid cannabis strains, due to being a mix of Sativa and Indica strains, can contain a certain degree of all of these properties.

This is going to depend on the percentage of the types of weed involved when creating the Hybrid strains. Some hybrids can be totally balanced between Indica and Sativa, some can be Indica dominant, and some can be Sativa dominant.

Keep in mind that hybrid marijuana strains can greatly differ in terms of the plant appearance and growth characteristics, and it really depends whether the hybrid is a Sativa dominant, Indica dominant, or a balanced strain.

The appearance and growth characteristics of cannabis Sativa plants include the following:

The appearance and growth characteristics of cannabis Indica plants include the following:

Something that is also very important to note here is the difference between CBD and THC. What you need to know here is that marijuana contains something known as cannabinoids.

The weed plant has hundreds of chemicals in it. The main components which cause the bodily and mental effects are terpenes and cannabinoids.

The two main and most common cannabinoids are THC and CBD, and they can have very different effects on the body and mind.

THC stands for Tetrahydrocannabinol. These are the strains which are usually chosen by people who want a relaxing and sedating strain for nighttime use.

They are great for treating severe pain, a lack of appetite, nausea, anxiety, depression, and more. This is the kind of weed that gives you a strong and euphoric head high, tends to make you fairly tired, and it causes hunger as well.

This is the kind of weed that gives you the munchies.

CBD stands for cannabidiol. This is actually a non-intoxicating compound. In other words, it does not produce a very euphoric head high. It usually does not cause tiredness or hunger, at least if you only smoke a bit of it.

This is a good strain to go with to alleviate chronic pain, to inspire creativity, to reduce inflammation, and more. It’s a good choice to go with if you need relief from various symptoms, but don’t want that hunger inducing, couch locking head high.

Something worth noting here is that there is a misconception that CBD heavy strains are actually energizing. Folks, Sativa is not the same thing as a Red Bull or a cup of coffee. It just does not work that way.

While CBD heavy strains will not make you as tired, or cause you to burn out as bad as Indica heavy strains, they will eventually still make you a bit tired, just less so than Indica.

Marijuana strains which contain a balance of THC and CBD is a choice which many people tend to go with.

These strains tend to produce a mild to moderately euphoric head high, a bit of hunger, and are pretty good for insomnia, while they also contain a certain amount of symptom relief.

This really depends on the balance between THC and CBD, and can vary greatly from one strain to another.

Sativa vs Indica & CBD vs THC – A Common Misconception What is interesting to note is that for a long time, it was believed that most Indica strains contain more CBD than THC, and that Sativa strains contained more THC than CBD.

However, this is not really the case at all. Generally speaking, if you were to examine 100 marijuana strains, the result should be that Indica strains generally contain more sedating THC, whereas most Sativa strains contain more CBD.

This is worth noting because this has been a really large misconception for a long time. Although, what you also need to know is that the profiles of Indica, Sativa, and hybrid strains have changed and diversified over time.

Now, it is no longer accurate to say one way or the other. Some Indica strains might be really high in CBD or THC, but not the other, or both, and this goes for Sativa and hybrid strains too.

Although the Indica, Sativa, and hybrid classifications still remain popular and widely used today, they are not always accurate in terms of informing the consumer of the actual THC and CBD counts in them.

This is why you need to take a look at each individual strain before making a purchasing decision.

A Note On Terpenes

As we mentioned above, another one of the main compounds found in all marijuana strains are terpenes. If you did not know, terpenes are a type of aromatic compound produced by most fruits and flowers, and yes, marijuana is a flowering plant.

You will find terpenes contained in many aromatic flowers, lavender, citrus fruits, peppers, and yes, cannabis too. Terpenes are the main contributing factor to that fruity, flowery, citrusy, berry-like, and many other scents and tastes which your strain of marijuana might feature.

Different strains of weed contain different terpenes, and there are many different kinds of terpenes to go around. There are a few really common terpenes found in marijuana. One of these is linalool, which is known to be very relaxing.

Another common terpene found in cannabis is pinene, which features more of an alerting property. However, the fact of the matter is that figuring out which terpenes cause which effects is pretty hard to gauge.

None the less, it is worth examining the most common terpenes found in marijuana; Here, we just want to list some of the most popular and widely purchased strains of marijuana in all 3 categories, Sativa, Indica, and hybrid. These strains are definitely worth trying out.

Choosing The Right Cannabis Strain For You

Now you know more or less everything there is to know about the various strains and types of weed. Let’s just reiterate some main points of focus when it comes to choosing the right kind of marijuana for you.

Before we finish up for the day, something you should know is that for some people, strains which are very heavy in THC can cause some side effects. Now, this is not a sure thing, as everybody reacts differently.

Unfortunately, this is a trial by error kind of thing, and you won’t ever really know how you will react to THC heavy weed until you try it for yourself.

However, the bottom line is that a whole lot of THC has the potential to produce some pretty severe side effects in people, and yes, there are people who are allergic to it. If you want anxiety and pain relief, but cannot handle a lot of THC, you will have to go with a CBD heavy strain, or at least one that is well-balanced between the two.

Some of the possible side effects of THC heavy marijuana strains include the following:

Ok guys, now you should know virtually everything about the differences between Indica, Sativa, and hybrid marijuana strains. To people who are not regular cannabis users, this may sound a little trivial. However, when it comes down to it, there are some really big differences between the main strains and types of weed. Knowing the differences will help you choose the right one based on what kind of effects and results you are looking to achieve. 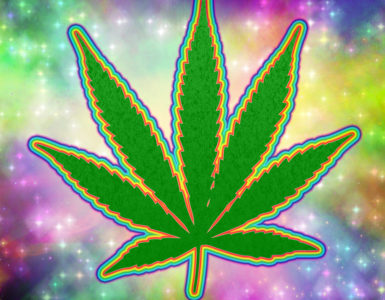 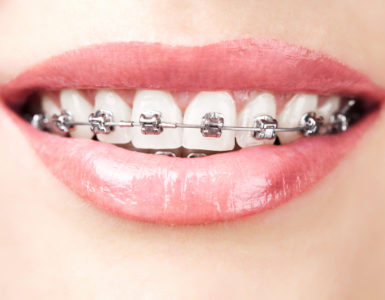